Protecting creations in the unexplored: Analysing the scope of Intellectual Property Rights in the outer space 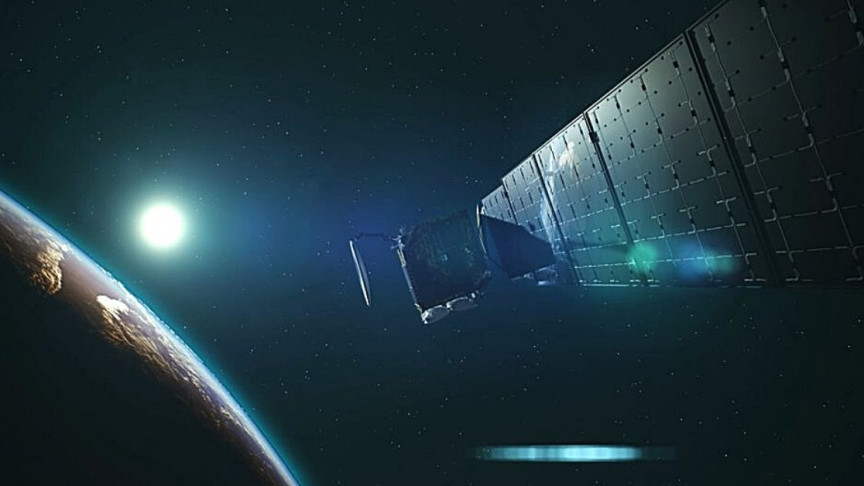 Protecting creations in the unexplored: Analysing the scope of Intellectual Property Rights in the outer space

The year is 2020 and the scope for technological innovation in all aspects of science is now thriving more than ever. Exploring outer space is a dynamic area in science that is evolving everyday. Typically, outer space can be defined as the expanse that exists beyond the Karman line[i] and between the celestial bodies. Space innovation is a sector that has undergone a tremendous level of advancement over the past couple of decades. Today, several countries around the world are trying their best to become the final frontiers of the space race. In an age where space innovation is fast developing, and  is not only restricted to government-owned organizations but by privately owned organizations as well, such as SpaceX, Virgin Galactic , it is rather imperative that the creations concerning space activities  are also protected in order to avoid its exploitation as well as to govern the same.

“Outer space activities are characterized, in particular, by the utilization of sophisticated technology in respect of which protection of intellectual property plays an important role, and by the fact that national law, in principle, only applies to the territory (including air space) of a country and not to outer space”[ii].

From the Issue paper prepared by the International Bureau of WIPO on Intellectual Property and Space Activities.

This implies that, as of now the relevant IPR laws do not exactly  cater to the protection of innovations in outer space (Above the Karman line boundary) but it is rather restricted to the protection of space innovations within the land territories of that particular country  as well as the air space.  In the coming decades, inevitably,  there is going to be further advancement of space technology with collaborative efforts from private and government owned organizations and from up and coming innovators of the space sector, working towards the need to study unexplored horizons which could be conceived as a wake-up call to revamp and improve IPR laws concerning innovations to cater to the changing trends in the space sector.

Why is it important to legally protect innovations made for space activities?

Man’s quest for knowledge is rather ceaseless. Today, scientists from various space organizations around the world are striving to explore space for multiple reasons. This quest to explore the unexplored has fuelled the genesis of several collaborative projects between government-owned and privately owned organizations working on space exploration. For instance, in the month of August 2020, SpaceX returned two NASA astronauts to Earth after flying them to the International Space Station. SpaceX’s Crew Dragon spaceship is a product of NASA’s Commercial Crew program, a partnership between the space agency and private companies[iii].

Collaborative efforts of such scales are the results of extortionate investments from both the parties and tangible as well as intangible creations related to space exploration under such collaborative efforts are given utmost priority. This priority makes the protection of such creations through IPR laws an unavoidable and an important part of the project because misuse and exploitation of the same could lead to a considerable loss of monetary investments.

Additionally, having stricter IPR laws, specifically for the protection of innovations concerning space activities would be quite the encouragement for innovators, scientists and academics. For eg: The protection of specific research and exploration ideas, industrial design of space crafts, for the protection of computer codes used for such innovations would ensure that their intellectual property is not copied, misused or exploited and this could motivate the science community   to continuously work towards further development in this sector.

What are the types of IP concerning the creations used for space exploration?

The transmission and reception from satellites can be safeguarded by copyrights[iv]. Although there is no specific law under IPR which deals with the transmission and reception of signals from spacecraft, previously, the constitution and convention of International Telecommunications Union and its consequent supplementation, the ITU Radio Regulations ensure that transmitted signals are kept confidential in order to avoid interceptions of any kind. Both of these laws could be applicable in protecting the transmissions from spacecraft and to only give the parties involved  the exclusive rights to intercept with such signals. Patents would play a pivotal role when it comes to the protection of space innovations. Patenting an innovation that would be used for space exploration and the protection of its final product, design or the process which is an original idea by a certain space organization would ensure that the exclusive rights of the innovation remains with that particular space organization itself. In context of the space race, wherein all the countries are striving to become the best in the space sector, this would be a great boon since it would avoid the copying or the misuse of innovations made for space exploration. The Outer Space Treaty which was signed in 1967 by several countries around the world, to some extent, does explore the scope of patenting the innovations used for space exploration.  As of today, there are no laws concerning the protection of trademarks when it comes to innovations used for space exploration. However, companies such as SpaceX, Orbital Sciences Corp. and XCOR engaged in manufacturing and commercial upstarts would strive for a protection of their innovation and reputation in Space. Virgin Galactic is attempting to undertake commercial trade in outer space and, as a result, those willing to exploit this trade will have to seek the protection of Trademarks[v].  Both the companies have the prospect of space tourism on their charts and if this becomes a reality, then the scope of trademark protection would only exponentially increase.

The relevant legislations related to the matter of protecting space innovations

While it would be right to say that IPR laws concerning space innovations are in an inchoate stage, there are existing IPR laws that could be applicable to space activities as well. The US Space bill is probably the only legislation that comprises laws dedicated to IPR with respect to space innovation. It has explicitly stated that the US patent laws would be applicable to outer space innovations as well[vi]. Apart from the US space bill, the European Space Agency (ESA) have also been actively working towards protecting the intellectual property of their innovators. Every year, the ESA files around 20 patent applications in relation to inventions by its staff members. It has also chosen to protect the names of its programs by means of registered trademarks for those programs that are conceived and developed with a view of future commercialization by a company set up for that purpose[vii], e.g. as under the Arianne Programme. It is the European Union only which plays an important role in satellite broadcasting, by creating an environment in which trans-frontier broadcasts are not hampered by legal uncertainties[viii]. Patenting of space innovations is yet another area that needs to be revamped in order to protect and facilitate innovations. Patents are inherently territorial rights, allowing the proprietor to stop third parties from implementing the invention within the country in which they have a patent[ix]. This raises the question pertaining to the jurisdiction of such innovations made for space exploration which brings us to the next relevant legislation concerning the jurisdiction of space innovation-  The Outer Space Treaty. Article VIII of the outer space treaty states that A State Party to the Treaty on whose registry an object launched into outer space is carried shall retain jurisdiction and control over such object, and over any personnel thereof, while in outer space or on a celestial body [x].This essentially implies that states would prescribe laws related to innovations within their land territory and then extend it to the outer space and well, thus, the jurisdiction of an innovation in the outer space would be restricted to the jurisdiction of the country from where the IPR laws applicable to that particular innovation were applied to.

With the advent of fast developing technologies, it is rather imperative that the laws concerning the same should also be revamped in order to facilitate, protect and encourage the science community to develop technologies for a fast moving world like ours. Space sector is one such sector that has seen exponential growth over the past couple of decades. Nowadays, collaborative efforts from the  Government as well as private entities have fuelled the scope for innovation concerning space exploration which has led to the outset of large scale, expensive space exploration projects. Large space exploration projects like the ones headed by BlueOrigin, NASA or SpaceX gives utmost importance to the intellectual property concerning their space innovations to avoid the misuse or exploitation of it. The author believes that this is one amongst the many reasons as to why IPR has a tremendous scope in the space sector. Furthermore, the author believes that the relevant IPR laws aren’t equipped enough to catch up with the fast paced development we have today  in the field of space science.  Most IPR laws today concerning space exploration are simply the supplementation of existing IPR laws concerning innovations on earth and thus giving rise to room for ambiguity when it comes to the governance of innovations in outer space. In order to prevent such ambiguity it is important that IPR laws should be revamped to exclusively facilitate space innovations. In a world that is keen on exploring the space through space tourism or to discover if life on Mars is possible, there is an endless scope and a long way for humanity to go in terms of space science and for the same, it would be intriguing and fascinating to see how IPR laws would unfold in the coming decades to protect such upcoming space innovations!

[i] A common definition of outer space is known as the Kármán Line, an imaginary boundary 100 kilometers (62 miles) above mean sea level.

[ii] Intellectual Property and space activities by the International Bureau of WIPO https://www.wipo.int/export/sites/www/patent-law/en/developments/pdf/ip_space.pdf ,

[vi] 35 US code S.105 of the US space bill states that- “…Any invention made, used or sold in outer space on a space object or component thereof under the jurisdiction or control of the United States shall be considered to be made, used or sold within the United States for the purposes of this title, except with respect to any space object or component thereof that is specifically identified and otherwise provided for by an international agreement to which the United States is a party, or … carried on the registry of a foreign state in accordance with the Convention of Registration of Objects Launched into Outer Space….”

8 Responses to Protecting creations in the unexplored: Analysing the scope of Intellectual Property Rights in the outer space