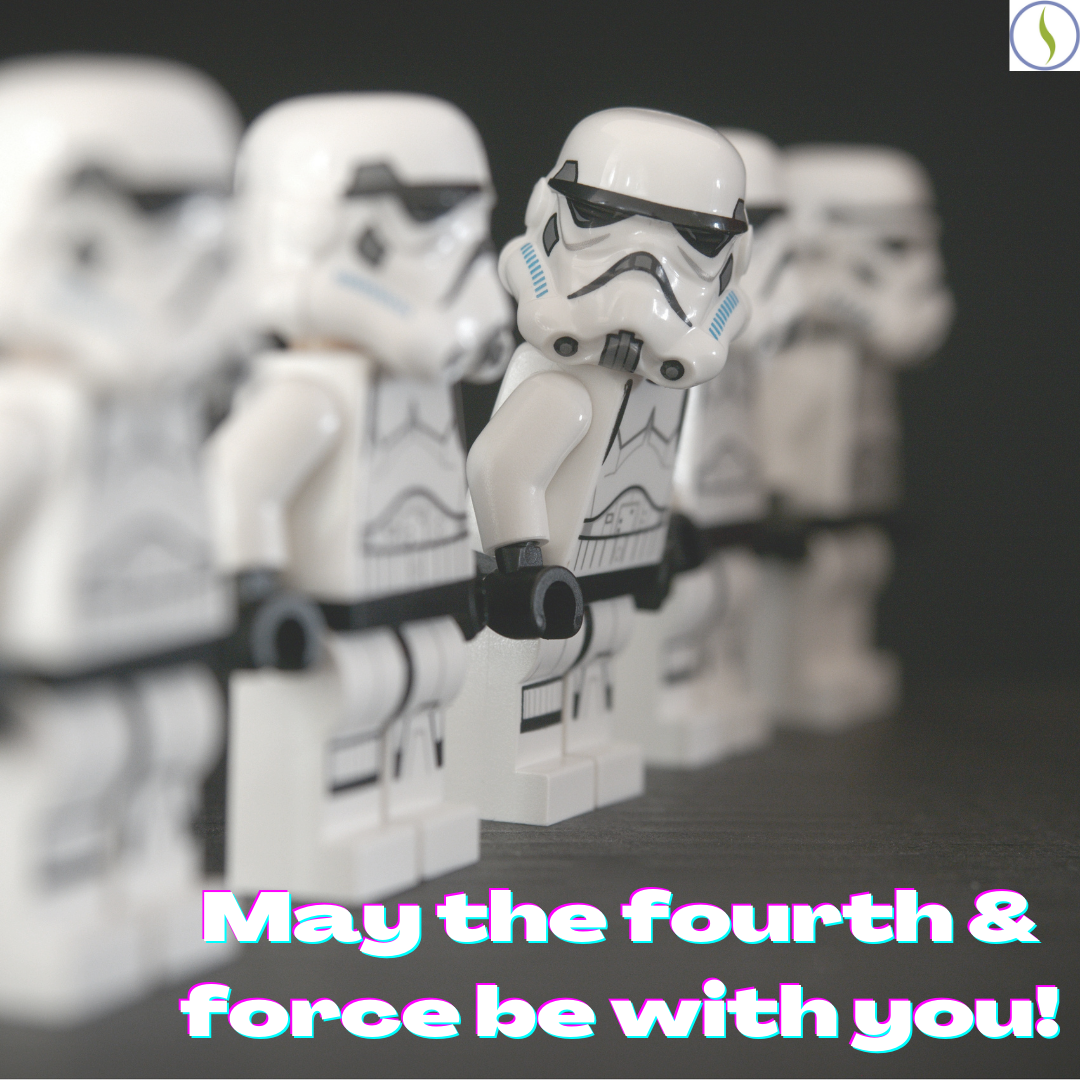 Lucasfilm has applied for over 1,000 trademark applications[i] with the United States Patent and Trademark Office, securing trademark rights over various terms like ‘Star Wars’ itself and several character names from the Star Wars universe like Luke Skywalker, Chewbacca, Qui-Gon Jinn, etc. These words have been registered in multiple international classes, claiming protection in a wide variety of goods and services ranging from its use in movies, Halloween costumes, theme parks, ornaments, and more. The Star Wars IP team in fact even protected unconventional trademarks like the iconic Darth Vader ‘breathing sound.’ Additionally not just the term ‘Lightsaber’ is protected by at least two trademark registrations but even lightsaber sound effects that are easily recognizable by any fan are protected.[ii] Taking its IP protection to the next level, Lucasfilm has trademarked fun Star Wars-related phrases, such as “May the 4th be With You.” The IP team has paid remarkable attention to details as they have individually trademarked the design of various important costume components of central characters. For instance, while a ‘full body’ depiction of Darth Vader’s costume is trademarked, separate registration has been done for just the mask portion.

The U.S. Copyright Office has more than 3400 copyright registrations claimed by Lucas film. The script, movie posters, each individual character, or in essence the entire movie is protected by copyright law.[iii] Further from comic books to even lego toys, everything is protected. Even movie taglines like “The next chapter in the Skywalker saga continues as Rey develops her newly discovered abilities with the guidance of Luke Skywalker, who is unsettled by the strength of her powers.” have been copyrighted. While we couldn’t ever imagine Darth Vader having friends, Lucasfilm has copyrighted a book entitled “Darth Vader and Friends.[iv]

Lucasfilm claims ownership of 292 patents through the USPTO. This includes “Figure of Master Yoda”[v] and design patents for multiple characters in the galaxy, even Greedo, who definitely did not shoot first.[vi] Lucasfilm has patented many advanced cinematic technologies which are used to create more life-like experiences for audiences like ‘Creating Character for Animation’, a computer-implemented method that renders graphic designers to create realistic character mutations on-screen. Another example is ‘Facial Animation Models’ which allows graphic designers to model fictional characters to mimic real-life actors. An interesting patent filed by Disney following its takeover of Lucas film is the ‘Audience Interaction Projection System’ which projects a virtual lightsaber allowing guests in Disney’s Star Wars Park to fight off the virtual lightsaber as if they were in combat.[vii]

Star Wars clearly depicts how Intellectual property rights can be a capital asset on a business’s balance sheet. Lucasfilm has made sure that through intellectual property it capitalizes on its creation without letting other businesses profit from it. Star Wars merchandise alone has a market of 37 Billion US Dollars[viii]. By trademarking the term ‘Droid’ used for its adorable character, Lucasfilm got Verizon to pay a licensing fee for using the term for its Android phones[ix]. Star Wars is the most valuable Intellectual Property asset ever created.[x]

Not even Captain America can compete with Darth Vader. On a conclusive note, we highly recommend our readers to stream a Star Wars Marathon this Star Wars day.

May the 4th be with you.

The makers of Star Wars, Twentieth Century Fox, sued Universal Studios, for Copyright infringement alleging that Battlestar Galactica stole 34 distinct ideas from Star Wars. The Ninth Circuit held that there were many similarities between the two works, enough to question whether only the Star Wars idea or the expression of that idea was copied. For instance the character of Skyler, in Battlestar Galactica was similar to the famous character of Skywalker in Star Wars. However, the case was remanded and then reportedly settled out of the court before further proceedings took place. By that time the original Battlestar Galactica was cancelled after only 24 episodes.

Lucasfilm, the company owned by Star Wars creator George Lucas, tried to stop the designer of the Star Wars stormtrooper helmet, Andrew Ainsworth from making and selling replicas of the helmet. Lucasfilm claimed that due to his copyright in the Star Wars creations he had the sole right to licence the sale of replica costume items.The U.K Supreme Court held that the original iconic helmets used in the film were not artistic works (sculptures) and thus couldn’t be protected under copyright law as their purpose was primarily utilitarian (props for the film). They were however protected under design right but the period for protection had expired. The prop designer was thus able to continue selling replicas in the United Kingdom.

In the 1980s President Reagan’s controversial Strategic Defense Initiative was popularly referred to as ‘Star Wars’ by critics, newspapers, and even General Graham’s High Frontier organization itself. Lucasfilm sued High Frontier for “Trademark Infringement” of the ‘Star Wars’ mark by their use of the term in political advertisements, and sought an injunction against further use. The court refused such a claim holding that neither were the plaintiff and defendants in competition with each other nor had the lobbying group affixed the mark to any product. Thus the trademark wasn’t violated and High Frontier could continue to use the term ‘Star Wars.’

Lucasfilm has sold various real-life versions “Sabacc” the fictional game of chance that was played by Han Solo to win the Millennium Falcon from Lando Calrissian in the Star Wars universe.  Ren Ventures, without permission from Lucasfilm, began selling it as a mobile card game and registered the name ‘Sabacc’ as a U.S. trademark since Lucasfilm had never registered the trademark. Later Disney challenged this registration arguing that it would cause customer confusion and sued Ren for copyright infringement. The court found that Sabaac was mentioned enough within the Star Wars universe to show that Lucasfilm has a right to it. However REN filed a counterclaim and the suit continues.