The art of plating, food photography and everything in between: Exploring the legal facets 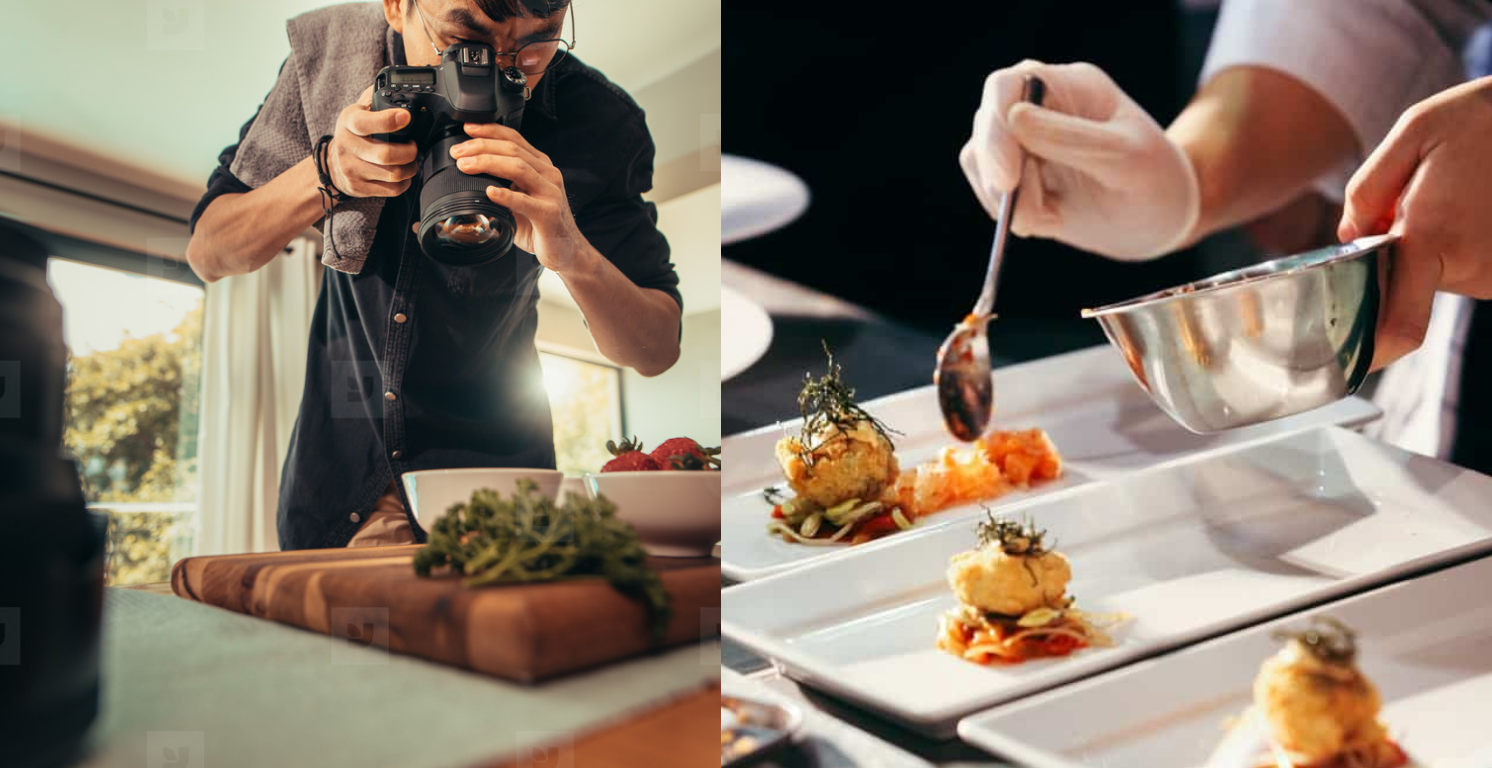 The art of plating, food photography and everything in between: Exploring the legal facets

In today’s day and age, food  is not restricted to being something that just meets our nutritional needs, but it has transformed into a medium for artistic expression as well as a mode to display conceptual designs through plating. It is a fact that a great extent of creativity is involved in the process of preparation of food items as well as in the  plating process that follows. Several chefs put in so much thought and creativity into aesthetically plating their culinary preparations, hence, it would be right to imply that food plating is also a form of intellectual property and it is imperative to protect the same. Food plating styles can be protected under design patents, trade dress laws and copyrights.

Unlike utility patents that essentially plays the role of protecting the technical and functional aspects of an object, design patents specifically protect the ornamental aspects of an object [1]. Although initially design patents were restricted to only protect the shape of a particular container associated with a food item (For example, a bottle shape or a box shape), it has now extended its scope to protect the design aspects (functional or non functional) of a food item such as the shape of the food item, the packaging or the plating style. Some examples of design patents would include the protection of the shape of the Mars Candy and the protection of spiral cut french fries. Recently, the Blazevich “serving tray with shrimp” was awarded a design patent for being unique in terms of plating and presenting the food item [2]. Design patents can greatly benefit food companies and it can also give them an edge over their competitors since it would prevent the copying of plating styles, packaging and food shapes, thus, a company can preserve their reputation and brand value due to their distinct plating processes.

A “trade dress” can be defined as the overall visual appearance of a particular product and the characteristics related to the same. This makes trade dress law yet another way to protect plating ideas. In the case of Powerful Katinka, Inc. v McFarland [3], Rebecca Charles, owner and executive chef of Pearl Oyster Bar, filed a trade dress infringement claim against her former sous chef (a chef who is the second in command in kitchen), Edward McFarland. It was alleged that McFarland’s new restaurant, Ed’s Lobster Bar, infringed Charles’ restaurant’s trade dress including the presentation of dishes [4]. Eventually, McFarland had to change certain parts of his menu in order to settle the infringement suit. Thus, food plating can be protected under trade dress law if it is unique and distinct  from the plating methods adopted by other restaurants for the same dish. Moreover, a trade dress infringement can be filed only when it is obvious that the copying of that particular plating style could lead to confusion among customers and could possibly damage the reputation of the original dish and its plating style.

Last but not the least, copyright is another way to protect the plating style of food items. Food plating is a work of art. Each and every pattern, textures, layers, and the placement of different food elements on plate requires a significant amount of creative skills. This makes the final outcome of a food plating process a work of art that is considered as an intellectual property since it carries some artistic value. In order to protect food plating arrangements using copyrights, it is important for that plating idea to be an original and not a mere derivative of another plating style. Currently, there are no laws governing the copyright protection of plating. However, with creativity brimming to the rim in the culinary industry and with chefs getting extremely creative with their dishes, one could positively hope for more specific copyright laws to protect the plating of a food item.

Thus, it can be conclusively said that food plating is indeed a form of intellectual property since there is some amount of creative skills applied to it and the outcome does carry a level of artistic value. The copying of plating ideas could also damage the reputation of a particular food company that takes pride in their unique plating strategies. This makes the protection of food plating ideas under IPR the need of the hour for the culinary industry.

The advent of technological advancements such as  social media and sophisticated phone cameras has fuelled and inspired creativity among creators in the food industry. The internet has become a  hotbed for chefs and food bloggers to put their content out there while ensuring  a wide reach among food lovers from all over the world.  Since food plating is also a form of IP, the protection of the same is of utmost importance. This makes the social media trend termed as “Foodstagram” or food blogging a matter that is subject to debate. The internet has several websites wherein people regularly review food items and restaurants while food blogs on social media have helped people upload pictures and reviews of food items and food places. Chefs have also tried to restrict people from clicking pictures at restaurants for blogging purposes for numerous reasons.

Chef Michael White believes that the real reason chefs are upset about food photography is because they are concerned that someone will “steal their ideas.” RJ Cooper (Rouge 24) even claims that diners publishing amateur food photos without the chef’s consent are “taking intellectual property away from the restaurant,” [5] .

The key aspect that should be considered here is how the clicking of food pictures could potentially cause other people to steal the plating idea but, it is not inherently unlawful to do the same. People clicking pictures of plating ideas and posting it on social media platforms would be considered as nominative fair use and it wouldn’t be  a copyright or a trade dress infringement. Moreover, a case of design patent infringement could also occur only if the person who has clicked the picture, gets some monetary gain out of that picture. The act of posting it on a social media platform does not lead to design patent infringement. In conclusion, while “foodstagram” and the clicking of pictures of protected plating ideas doesn’t essentially cause any type of infringement, it does open the doors for a possibility of other people copying the plating ideas. It would be upon the discretion of the chefs and the restaurant owners to restrict people from clicking pictures of the food item to avoid the same. However, if a person steals or reposts a picture on any platform without giving due credits  it would amount to copyright infringement, unless the image is used for educational purposes. In that case, it is important to mention that the image is used for a particular purpose and that no infringement was intended. It is also imperative to ask for the consent of the photographer/ the creator before using that image and one should also be prudent enough to mention the name of the original photographer and give due credits.

Today, the culinary industry is an industry that is extensively growing. Chefs and restaurant owners are getting creative with their dishes in order to have an edge over their competitors.The author would like to opine that this is one among the many reasons as to why there is a need for specific IP laws that would protect the creativity of chefs and their plating ideas with elaborate guidelines directing the scope of protection of plating ideas. As far as food photography is concerned, the act of doing the same may seem essentially harmless and technically speaking, it is legal as well. Food photography and food blogging using pictures of protected plating ideas would not amount to infringement but it has all the potential to be a cause for infringement since people could steal these ideas. It is important for chefs to stay prudent enough and prevent the same. With the increase in the level of creativity displayed by chefs and restaurant owners,  one could surely hope that there will be better IPR laws to make sure that the creativity of such chefs are protected in the best possible ways in the coming years!