The Interlock between Fashion and Intellectual Property 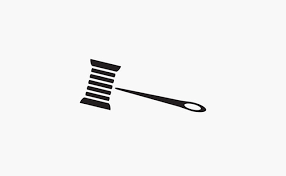 The Interlock between Fashion and Intellectual Property

Fashion has become an inevitable part of our lives. The fashion industry is the form of art that relates to clothing and accessories. This form of art is characterized by its novel and creative elements in the final design. Be it a Louis Vuitton handbag, a Vera Wang wedding dress, a Rolex wrist-watch, a Sabyasachi lehenga for any occasion or even a simple yet elegant Ritu Kumar churidar set, each of these creations stem from the ingenious soul of their artist. Designers are seen to invest huge amounts in creating and introducing new trends in the market. This is also evident by the number of fashion events and ramp-walks being conducted annually. Unfortunate as it is, these original creations have also led not only to the sale of its counterfeit products in the market but also its designs being copied by others. This rising trend has only further emphasised on the need for protection of these intellectual creations of all designers.

Design copying has become widely accepted than rebuked and often than not attributed as homage rather than a piracy attack. [1] This may sail smoothly for bigger names in the industry but the same is not the case for smaller upcoming fashion designers. As Mr. Gary Assim [2] rightly puts it, ‘Copying being endemic in the fashion industry, the effect of it is two-fold. Firstly, it robs the designer of the proceeds from the sale of his or her product, which will often have been the result of a considerable research and development investment. Secondly, it denies the designer the rightful recognition as the original creator.’ [3]

The protection of the intellectual property in the fashion industry has not always been popular and often looked down upon as an expensive affair. However, with various instances of copying that led matters before the courts of law, designers have become encouraged to protect their intellectual work. The protection of fashion designs are not limited to a single legislation. Instead, it derives its protection from other legislations by virtue of its formal registration under one legislation.

The Industrial Designs Act, 2000 extends its protection to designs that are novel and original in form and shape. These original artistic works when reproduced by an industrial process to give a final product, appealing to the eye, constitute a ‘design’ under this legislation. Fashion designs relating to both apparel and accessories primarily come within the ambit of design, thereby the Designs Act. They are protected under this legislation for a term of 10 years, further extended by 5 years.

In the parallel, any artistic creation of the intellectual mind, graphically representable claims its protection under the Copyright Act, 1957. The primary characteristic of this protection lies in the fact that the protection subsists in the work upon its creation. Thereby, any design of the designers once expressed in a tangible form encompasses the copyright protection within it. Nevertheless, once the design is eligible for protection under the Designs Act, it shall henceforth lose its protection under the Copyright Act. Further, the Trademarks Act, 1999 provides protection to the brand name by virtue of its unique characteristic to distinctly distinguish the products and services of one from another. This extends to a design registered under the Designs Act, 2000. A registered design may also be used as a trademark. This has been observed by the Court in Micolube India Ltd. v. Rakesh Kumar trading as Saurabh Industries & Ors. [4], where it was held that a design registered under the Act, 2000 can be used as a trademark by the owner. Thereby, the Court recognised and extended the scope of protection of a registered design to under the Trademarks Act, 1999. [5]

Lastly, designers have also been seen to introduce new fabrics and improvised textiles into the market. Though the artistics creations are not patentable, the technology adopted, if original and novel, is patentable. For instance, the technology behind the manufacture and production of CROCS shoes and wrinkle free fabric (such as the material of LIVA) are patentable. This protection does not directly lay in the line of designers with respect to their creations. However, it pertains to the new technology if introduced by the R&D of designers, majorly of larger brands.

Why is Protection Necessary?

This industry calls for creativity and imagination, two primary ingredients without which the industry will collapse. The significance of protecting these ingredients being reflected in the products launched in the market can be observed by the following instances. Firstly, in the Christian Louboutin case [6], counterfeited products similar to the plaintiff shoes were being sold by the defendant. The Court observed the registration of the design by the plaintiff, apart from being a well-known mark, and held that there was infringement of the design of the red sole shoe, exclusively attributed to the brand of the plaintiff.

Subsequently, in the media popularized case of People Tree against the French Dior, it was evident that Dior had copied the block print designs that People Tree has introduced. This design of People Tree was protected under the Geographical Indications of Goods (Registration and Protection) Act, 1999 by virtue of it being created by a group of artisans. The instant matter however, was settled out of court. [7]

From the above-mentioned case, it is interesting to note that where designs are created by virtue of a group of artisans, such designs are protected under the Geographical Indications Act, 2000. This further extends the scope of formal and legal recognition provided to fashion designers in their intellectual and creative endeavours. Such designs have been greatly adopted by brands like Fab India, who introduce unique indigenious indian wear.

The above illustrations emphasize on the importance of protecting the intellectual property in the fashion industry. With this industry ever blooming and generating over hundreds of billions of dollars globally, it becomes crucial to ensure such protection before its commercialization. This becomes more essential for small and upcoming fashion boutiques and independent designers. The Designs Act, 2000 provides protection for these designs in the same manner as other industrial designs. Fashion designs includes a wide range from accessories such as handbags, watches, belts, among others, to jewelry and apparel. In order to recognize the earnest efforts of designers in this wide range, it is suggested that the definition of the term, ‘fashion design’ and their incidentals are introduced and made out clearly. Further, extending the term of protection would act as an added incentive in encouraging upcoming designers to protect their creations rather than to overlook this as an expensive affair.

74 Responses to The Interlock between Fashion and Intellectual Property